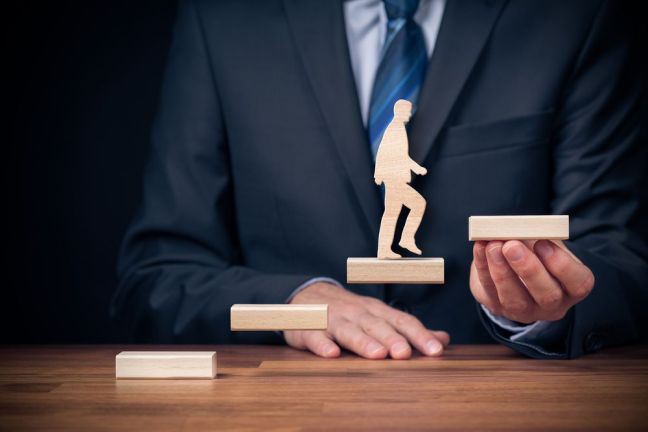 “The war for talent” was a widely used sentence for the last 10+ years.  Companies fought for them with all possible means.   Salaries have been made “attractive”, perks have been reorganized in several steps packages,  freedom was given to everyone considered talent. And now, according to and Harvard Business Review article from 2019 31% of those same talents,  after so many investments, leave companies to start working on something completely different than the things the company has considered them for.  If you have been in a similar situation,  losing a talent without knowing why you may have felt terrible and angry.  According to Gallup research from 2017  54% of all leaders who lose talent start feeling unknown, but strong anger.  Then comes the phase of guilt and sorrow.  In such moments, most leaders become upset and distanced from “making the same mistake with another talent”.

But, is it worth going through so many emotions,  just because you have lost one person? Do you need to distance yourself as a leader from the other capable people in your team?  -The answer to both questions here is NO.

What leaders must accept is that employees,  considered talents are capable,  but want too much independence. They don’t want to be taught how to do the things but want to do them the way they think is right.  These same people often break rules and established procedures, just to do something the way they think it must be done. During the last several years naturally evolved talents have become somehow grid for fame, a bit more selfish and arrogant then they have to be and more emotional than logical in their thinking. While getting more attention than others in the team, many talents have become so misguided on their behavior that when they got the “getting back into reality” feedback they just started thinking how to leave “the toxic place” that stops them to unfold their full potential.  This collision happened so often that many of the leaders have made it a scary story for developing people.

But in every team, other people do their job with high quality and professionalism.  They often finish tasks without any further instructions and on time.  They invest time in improving processes and steps,  to improve future use of current technologies,  they learn new things that allow them to be even faster and accurate in their work.

These people represent the group of high performers.  In many of the cases,  except if you don’t have a praising culture in your company, these people are there for the leader,  who counts on their performance and feels comfortable with them,  because of being sure that results will be delivered.  If the high performers try to exit the team or want to focus on something different,  this often upsets the leader,  because of the trust built that they will always be there, ensuring one or several processes to be done,  but not planning something that can affect overall team performance.

And one they when the leader counts mostly on the high performers they start leaving the team. And in most cases, the reason is not the pay or the culture, but the lack of opportunities to position themselves as someone different than the original role they take.

To avoid this you will need to focus on helping your high performers become more recognizable and supporting them in becoming real talents as per the company standards and understandings.  This will allow you to generate a higher level of engagement and accountability and the day when they leave you will be sure that there is someone else,  brought by these same high performers,  who can further help you and your team to achieve results.

While the lead role is to help others grow,  here are 4 steps you can focus on, to help high performers become real talents.

Build a high level of self-confidence

Self-confidence is often mistaken with arrogance.  Being self-confident means being true to your and company values,  structure your action toward them, and be ready to discuss your position without fear of any consequences.  Self-confident people are open to dialog,  always ready to access their point of view, and build a flexible approach toward work and other colleagues.  These people look strong because they are led by knowledge and values and act with morale with low levels of stress from fear of being punished.  What can help the leader here is to start inviting the high performers to meetings with other leaders to help them present the expertise they have built to others and see how their own expertise impacts decisions.

Most high performers are excellent because they strictly follow procedures,  do not experiment, and focus only on their job.  But this approach often leads them to begin to slow down creativity and curiosity for new things.  At an  FMCG company, I have worked for they called these people in the sales team “Selling machines”. Most high performers need to byte a piece from creativity. They need to be supported to let go of the high achievements and move a little bit backward where they can become more creative. Being creative means to sacrifice your results at the moment,  but to plan for even better results in the future.  The role of the leader with this one is to ensure that high performers will get the same recognition even after they step down from the throne of the high-performance models and will get the freedom to build a better future, using their internal creative powers.

According to and Cornell University published article from 2018  39% of the leaders fail in ensuring enough support to their high performers to turn them into real status quo changing agents.  In tuff moments many leaders step down from the supporting role and turn to the established environment,  changing priorities for the people who have started to think something creative, just to get some better results at the moment.  To avoid this, you as a leader need to stick to what you have started to support.  It is your role and responsibility to defend the transforming high performers in front of the senior leadership team and ensure them enough time and resources to transform themselves and the environment.  A not consistent approach to this group of people can make them step down ad get back to what they know and do best.  In such a situation no one wins,  but everyone loses something. The high performer may lose its passion,  you, as a leader may lose future opportunities for growth and the organization at all can lose now and in the future.

Grow with the high  performer

Let’s be honest.  If you have stepped into a leadership role, your operational excellence has become an average performance for the technical or front office tasks.  This is normal.  Your focus now as a leader is to grow trough other results. Going through the three steps above will allow you to not only help the high performer change into talent,  but you grow as a person, professional, and leader.  To grow with the high performer,  you will need to be there and learn trough it’s mistakes and failures by ensuring positive feedback that allows the high performer to feel confident in achieving future results.  As a second step here the leader must learn enough to understand the specifics of the work of this high performer.  Not because he or she will have to do the tasks the high performer does, but to build a better understanding on how to distribute tasks and help the high performer allocate time for things that can turn him or her into a real talent in the eyes of the different stakeholders within the company.

There is one small step a leader must do to change a high performer to be seen as a real talent, stepping outside of his or her comfort zone and entering into more challenging and new roles to help him/her grow and organization win dividends from that.  No matter how it looks from outside,  the main role in this process is not for the high performer,  but for the leader who serves as an enabler,  teacher and at the same time as a learning student.