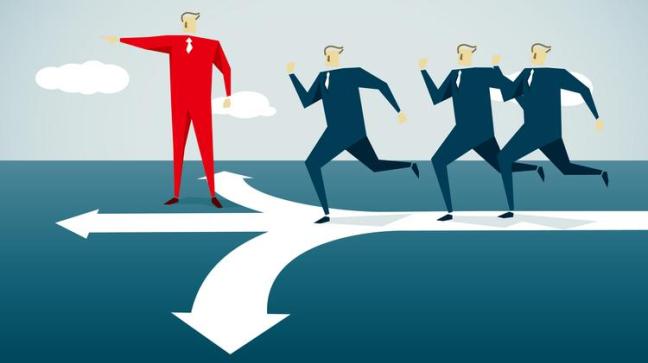 No matter where you lead – small, mid or big sized organization – one of the most valuable skills you will need is the Delegation skill. This skill becomes more and more important as you progress through the company levels and can help you to increase your and others productivity.

Delegation takes time and effort, but the benefit it brings is invaluable. As a leader, you should allocate as much time as possible to develop your business. That means to allocate time for planning, organizing and strategy building. To get real results from all these processes you will need to allocate time by delegating disruptive operational tasks to someone else, who can perform a concrete role.

But before starting to delegate you should first define if you are able to do it, without fear of others failure. Some of the reasons that make most leaders struggle in the delegation process are deeply incorporated in them. You can often see reasons like:

– The leader is too busy to delegate

– The leader can’t trust anyone to do the same job

– The success of the delegates can show that the leader lacks in some areas;

– The only person who can finish the job is the leader itself;

People can’t often realize that delegating is essential when they move up in the corporate ladder. The belief that you can do a job better is not a reason to stop delegating. To find out if it is worth to delegate a task, every leader should answer a couple of questions:

– Will this save me time to focus on more impactful tasks?

– Will this help my team to develop knowledge and skills in a new area?

– Will this offer a chance to someone to bring an innovative solution that I would have brought?

In their work Koontz and O’Donnell have formulated 3 principles of delegation:

1. The principle of the expected result

As a leader, you should delegate authority that is adequate to the ability of task accomplishment.  If people, you are delegating to, don’t have this authority they will be unable to complete the task, as others, interacting with them, can hinder their progress, due to lack of accepted authority.

2. The principle of absoluteness of responsibility

3. The principle of authority and responsibility

The degree of authority the leader gives must conjunct with the task and be consistent with the level of responsibility and the role of the subordinate. Delegating task that is far above the subordinate level is a prerequisite of failure. Levels of authority in each organization are defined by culture, hierarchical structure, leadership and management styles, etc. If the leader delegates a task to a subordinate, who is on a different level of acceptance, according to these specifics, this can cause the task failure.

Focusing too much on what must work, often leaders miss some of the pitfalls that may occur during when setting a delegation process for success. Most common pitfalls I have seen are:

Let’s face it. Not every leader is ready to let the task flow to the subordinate.  In some cases leaders give the task, just to continue “guide” the person they have given it, how to complete it. This “guidance” often  waste the amount of time that can be invested in something else.

Leaders in the early stages of their development as a delegating authority often give tasks, without establishing some process of control. This leads to no constructive feedback, lack of information on progress and inability to provide a result-oriented environment from a leadership perspective. Placing control systems allows leaders to secure delivery status for the task and at the same time provide meaningful and developmental feedback to the subordinate.

3. Not allowing others to make mistakes

People learn by making mistakes.  If a leader wants to ensure that the task will be completed and this completion will have a positive impact on subordinates development they have to both – ensure control and allow others to make mistakes. If only putting everything under control, without ensuring enough space for development for subordinates will fast make these subordinates feel boring and not making any progress. This can lead to carelessness to the task’s assignment in the future.

Having in mind the principles and pitfalls of delegating to others is a useful start point for every leader. It can help realize where the leader is at the moment and help plan for success. Lack of attention on these important basics can harm or challenge not only the process of Delegation but also business results achievement.

Want to learn more on delegating to others…

Check  other parts of the theme coming in the next weeks…