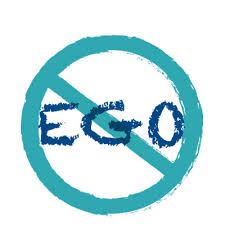 In a Japanese movie about World War II а soldier was left on island to guard weapons for mass destruction. He stayed on the island for more than 35 years and then, by accident, he was found from an expedition. The Japanese soldier was happy to see people, but soon he understood that his saviors were actually a group of modern pirates, who wanted to steal and then sell the weapons. Knowing what these weapons can do, the Japanese soldier fight with the group until defeated them and escaping the island at the end of the movie. In the afterword’s part of the movie, the soldier was shown in a scene explaining to a reporter what he has done and why has he reacted that way.

Some of the words he used were: “I acted like that, because, this is the way, I think it was right. All my actions were based what I believe is necessary to be done if you want to defend freedom.

Now if we look at the modern companies we can transfer this situation into their reality. Companies nowadays often have loud statements about values, way of working, way of living etc.  Opening a modern company website can give you in most of the times information about what they see as their values, how they define them and how they react when don’t seeing a described in the values statement behavior.

People reading these statements often say WOOW this is my next employer. And then, after joining the company almost 50% of the people see that there are differences in what is stated and what in reality employees understand.

I was part from a company like that. They enchanted me with the statement, but then, when I met people from inside I very fast understood that they can’t name values, they don’t know or follow behaviors from the statement. And as I was meeting executives I soon understood that there is different understanding between executive leaders on what is the meaning of the company values. Part of them where not engaged with the values and another part couldn’t even name the values. And as close to the operational staff I went as much I saw these values living the way they have been described.

Unfortunately, when talking to these operational people I often heard: “Senior Management leaves by their own values. They don’t act the way we expect them to do.”

The difference between both groups I have interacted with was their understanding of what values are. I often heard from the executive leaders: “Leadership means that you should sometimes act even if it is not by the values company leaves. Because these values are created for the employees only.”

Sad I thought to myself, hearing this from a senior leader responsible for all employees in the company.

In the following months after hearing the senior leader say I thought a lot about is this really my place to work.

I took my decision, but that time, sitting and thinking, about values understanding in the company made me understand something very important.

“No matter how you communicate values, programs or statements if the person against you can’t even name the values then you didn’t do your work well.”

You are not able to live values that you can’t even name.

And by naming I don’t mind only declaim the values, but talk for them as someone who understands them, who can name the positive behaviors coming from the values and what  they  distance from as a content.

After learning how to name the values, you will then face a much harder challenge. You will have to learn how to live the values you have named. And by live I mean not only show that you know them but also act as an example for that. For better understanding where you stay in your way of living values you will need to do some analysis. Here are some ideas on what to look at, to ensure that you are successful in that:

Changing values is often one of the most demotivating processes for everyone. Changing values means to exit your comfort zone and stand in front of what you like, to change it with what you would like to do in the future. In a changing world and business environment people need to be adaptable. In simple words that means to change with the company or change the company. It is really your choice, but don’t take your decision before you analyze the situation and decide on what you will win or lose in the different paths you have in front of you.