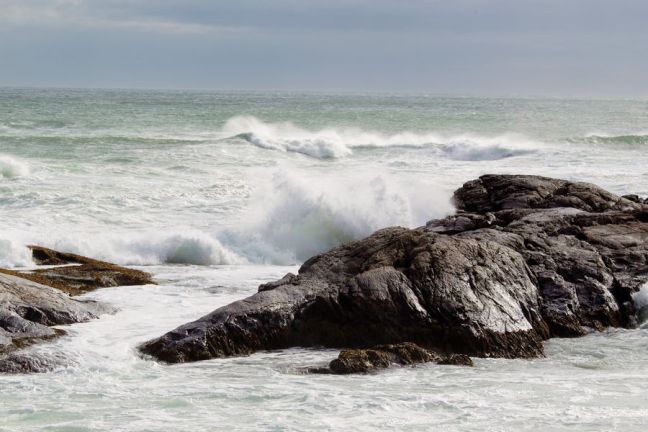 Have you ever tried to talk to a leader in your organization who thinks that knows everything? There are people from this type everywhere. These people are often inexperienced professionals ready to challenge the status quo, without having in mind how to do it. They are often driven by their ego, or fear of failure (perfectionism),  trying to show everyone else what strong control they have over situations and people. In my experience with corporate environments working as an internal HR and external consultant, I often see leaders from all stages in the hierarchy who “know it all”. They “don’t need” others to, finish the job.

The brightest experience I have in this area is with a very large company, operating in the energy and oil industry.

“I was working as a  freelance consultant for about 3 years from the moment that happened and I worked with 2 different consultancy agencies in Bulgaria on 5 different projects all connected with organizational transformation. One day the owner of one of the agencies called me excited to share that he got a call from the biggest client he has ever worked with, and been asked for help in a very complex business transforming activity meant to divide the client business into several independent structures.

At first, I responded enthusiastically “I’m in”. Who could miss such an opportunity? Business who runs at full speed with more than 9000 employees. Then we organized a meeting with the CEO and their transformation team. During the first part of meeting the only person talking was the CEO. At the break we made, to give the CEO time to answer a very important call, I moved aside with the HR director and asked why is no one else participating in the meeting actively. The HR Director told me: You know we are a quite operational and hierarchical company. If our CEO decides that someone will be developed we develop him. If he decides that something will happen in a certain way then it happens. No one has ever disputed a decision taken from him.”

When we returned to the meeting I asked the owner of the consultancy agency to step in in the conversation. As I received his permission I shouted directly by asking the CEO who will be responsible about the transformation decisions in this project and what is the role of the people invited to the meeting into building and executing those decisions?

And the answer was: “They are here because by protocol they have to be here. Decisions are taken from me, so, the one you are going to work with is me. “

After these words, I thanked the CEO and said that with that configuration I don’t see any chance for success and I won’t work on this project.

Then I walked out of the meeting.

Three weeks have passed and I received a call from the owner of the consulting company I worked with. He asked me if I am able to meet again with the CEO and his team and explain them and to discuss how can we as consultants help them change the company for good by our terms.

I was curious about what has changed for a so short time and accepted.

When we attended the meeting there was a significant change in everyone behavior. Managers discussed opportunities and models for a change I presented our vision and it was positively accepted. But the most surprising thing for me  was that the CEO said an only a couple of words at the end and they were: “I think we will succeed in this project, just tell me when and for what you need my help.”

The result was amazing. With a complex project, we managed to transform the company with fewer efforts and so smoothly that after we finished and surveyed employees understanding on the process 91% of their answers were that the only thing that gives them a clue about the transformation was the change of their labor contracts.

At the end of the project, I talked again to the HR Director asking what happened for a so short time to ensure the change will happen.

The answer was: “Your walkout of the meeting was a precedent.  It was like a cold shower for him, something like a wake-up call for him. He changed in less than a week after that happened. I really don’t know what happened.”

But what really  happened was a wake-up call  for this CEO provoked from a blind spot  he found in his behavior and reacted to  immediately.”

The case, I am sharing with you had positive output results because we had the Senior Leadership team involvement and the CEO full support. After I have finished working on the project I was asked by the CEO to explain why  I was so harsh at the beginning with him. At that moment I explained to him what my philosophy is for supporting change and what steps I’m trying to follow and teach others to follow to ensure that planned change will happen.

If you as a leader have to decide on how to start an impactful change for your company here are some tips from the practice that have helped me:

Accept that you don’t know everything

This is the most obvious mistake most leaders make. And this mistake limits their results to the level of knowledge they have.

Steve Jobs has said it: We don’t hire smart people to tell them how to do their work.
As a leader you will need to learn the hard truth: “No one knows everything”. There is no such an experienced person, able to do all the work in a complex company structure. Company growth is often limited to the level of leader ability to accept him/her self as not an expert in every area.  This is a blind spot that often forms when a leader grows with the company. He or she learns from mistakes, but limits company growth only to the areas he or she has gained new knowledge or built new skills.

Leaders often have a blind spot that it is them and only them who need the change and no one else want it.  Don’t be like those leaders. People in your team want the change more desperately than you. They, in fact, see how the change reflects strategy goals and operational activities. They need only a positive push up to start making the change happening. And that push must come from you as the leader and in a form that shows that you trust them to complete the change successfully.  Instead of limiting them, give them your trust, show them that you believe they have the knowledge, skills, energy, and persistence to finish the job by themselves.

Don’t run out from supporting the change process

When giving someone authority on a task or project, don’t let them alone. People are often afraid to ask for support and help. They think if they ask questions that will make the leader move from them to a more perspective employee able to replace them.  To ensure that this won’t happen the leader needs to show that there is real support for every phase of the project or task delegated. In other words: Be there for your employees if and when they need your help. Anything else doesn’t matter if your employees need you, but can’t count on you.

Be active in communicating and supporting the change

Most leaders delegate tasks without showing to the wide population of people that they really support and want that change.  That often leads to a conflict situation, especially if the leader doesn’t show support and the task or project executor is not in the strongest position in the company. Maybe you  have experienced such a situation when the leader comes and says loudly:

“We need to change X. And Y is responsible for that.  It has all  my  support.” And after this word, everything else is just silence.  If you want the change to happen you will need to continuously communicate it, to ensure that people understand how strong your interest is and show your support for the change with words and behavior. Nothing else matters if you don’t do that.

Stand up for the change

Don’t be one of those leaders. To support a project or task execution means to be there in good and hard times and show strong support to the task or project completion in every situation without cannibalizing other decisions from your position. Disappointment is not an option if you want a task to be finished. You need to show perseverance to help the person or the team overcome challenges and deliver results.  Moving away from the end goal is always a bad example and will weaken others willingness and energy to fulfill the task. And that only leads to a negative end result. Standing up for the change is, in other words, the external motivator for the task or project executor to engage more in the process and focus on delivering positive results.

Blind spot leaders demonstrate is the mantra “I know it all”. Some of them do it intentionally and others just don’t know they do it, because of their unconscious state of mind An emotionally grown leader is always ready to accept the hard truth that there are others who know more than him. If you want to build a stronger relationship with members from your team and show them that you are open for different options in learning and appreciate differences, you will need to show them that you value the knowledge and experience they bring inside the team.  Even if you know the big picture you can always lose ground by not going into the details. Showing that you are actively interested in what knowledge team members can deliverto you and enrich your perspective will win them for you and will give you additional space for personal and professional; growth for you as a leader.